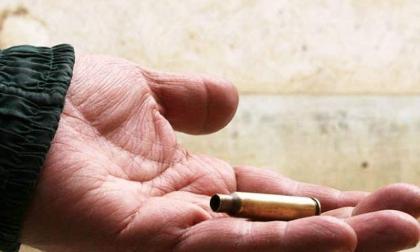 MUZAFFARGARH, (Muzaffargarh.City – 10th Feb, 2022 ) :A youngster was shot dead by armed outlaws for pursuing the murder case of his uncle as a complainant near Basti Gajja at Muzaffargarh-Multan road here on Thursday.

The police had registered the case against the outlaws on the complaint of his nephew Faisal Mubeen.

The young Faisal Mubeen was returning home on motorcycle after presenting himself in the court when armed outlaws opened fire and shot him dead.

The rescue 1122 team and police concerned reached the spot and shifted the body to District Headquarters Hospital Muzaffargah from where the body has been handed over to heirs after autopsy, police sources added.

However, the Inspector General of Police Punjab Rao Sardar Ali Khan took notice of the incident and directed Regional Police Officer Dera Ghani Khan Waqas Nazir to send comprehensive report to his office at the earliest.

On the other hand, the crime scene unit and police forensic team collected the evidences from the crime scene and case has been registered against the criminals, police sources added.