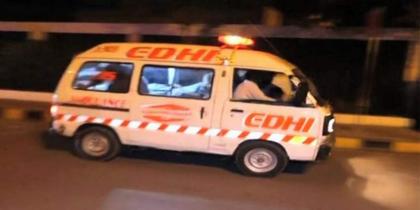 MUZAFFARGARH, (Muzaffargarh.City – 13th Jun, 2020 ) :Two people were killed and at least five others injured in a clash at at Chak number 546, leafy area of Muzaffargarh over a land dispute early Saturday morning, police said.

A dispute on plot ownership had been emerged between two persons namely Ramzan Saroya and Abdul Hameed Bhatti since long. Ramzan Saroya allegedly received money after selling plot, but tried to get it illegally. Following this, both parties had filed applications at Chok Sarwar Shaheed Police Station against each other.

This morning, Ramzan Saroya reached at the plot along with accomplices to occupy it. He opened fire and shot dead a person of Ghulam Farid cast Jatt who was present on the spot, leaving six others injured.

The injured included Babar Hassain, Zulfikar and Abdul Hameed who were referred to Nishtar Hospital.