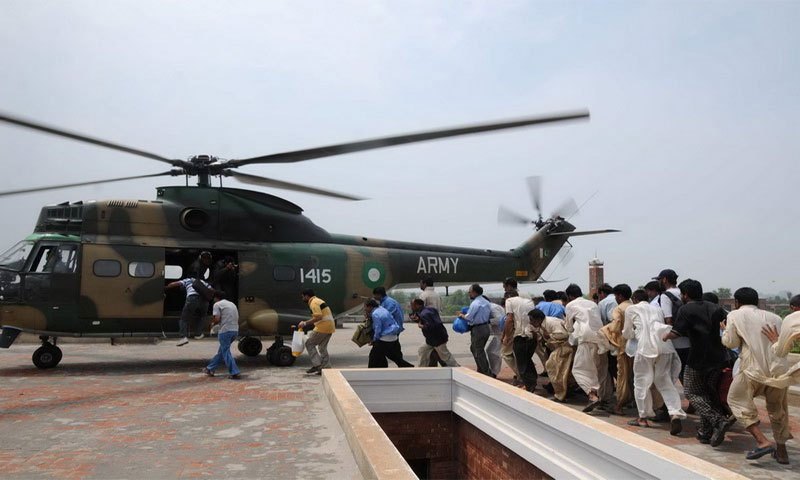 RAWALPINDI:Pakistan Army has shifted as many as 37,000 marooned people in flood-hit areas of Multan, Muzaffargarh, Bahawalpur, Uch Sharif, Athara Hazari and Jhang to safer places.

Five helicopters of Pakistan Army were also providing eatables to stranded people. So far, 80 tons of ration has been provided to the flood victims.

Pakistan Army and  Navy’s flood relief activities are continuing along with the rescue operation with the help of 300 boats in flood hit areas.

Army helicopters have completed 206 hours of flights in flood areas since its start from September 5.