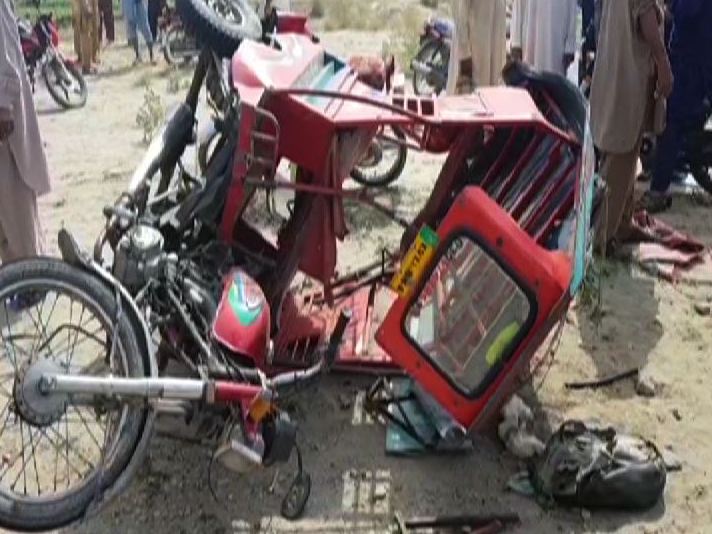 Five people were killed in a traffic accident in Muzaffargarh Saturday morning.

The collision between a bus and a motorcycle-rickshaw also left two people injured. The families of the victims staged a protest and blocked the Mianwali Road. They dispersed after negotiations with the police.

The accident took place on the same road, near Sarwar Shaheed Chowk. The speeding bus hit the motorcycle-rickshaw and killed five passengers – one woman and four men.

The bus was travelling to Mansehra from Karachi.

Five dead as bus rams into rickshaw in Muzaffargarh