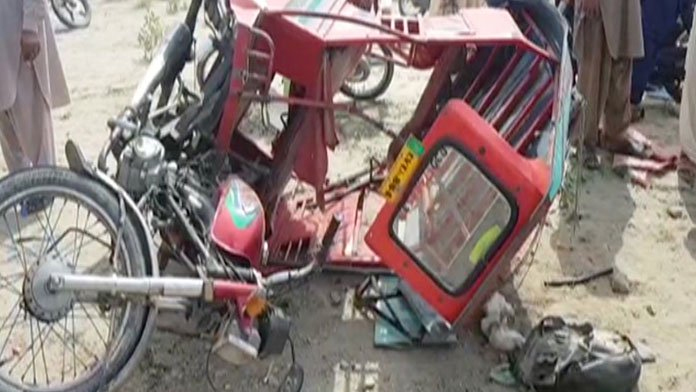 Five dead as bus rams into rickshaw in Muzaffargarh

Muzaffargarh: At least five people lost their lives while two others got injured when a speeding bus rammed into a motorcycle-rickshaw in Muzaffargarh on Saturday.

Rescue sources relayed the accident took place near Chowk Sarwar. The driver of the rickshaw and four passengers travelling in it were killed on the spot, while two others injured.

After being informed about the accident, rescue teams reached the site and shifted the deceased and injured to a nearby hospital.

Meanwhile, Punjab Chief Minister Sardar Usman Buzdar, expressing sorrow over the loss of lives in the mishap, condoled with the bereaved families.