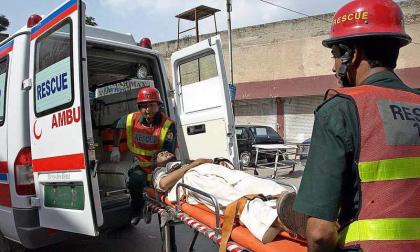 MUZAFFARGARH, (Muzaffargarh.City – 31st Mar, 2021 ) :Two persons including a woman were killed during a train accident near Kot Addu railway station here on Wednesday.

The Multan bounded train was coming from Kot Addu.

Police sources said that it looked suicide case apparently. However, the cause of death will be ascertained after interrogation.

Police have shifted the bodies at Tehsil headquarters hospital.