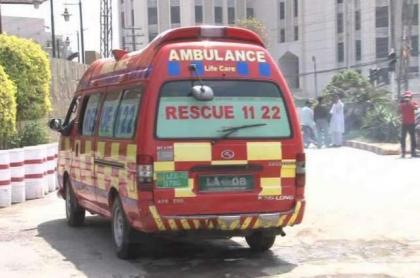 According to details, a dumper collided with mini oil tanker while overtaking near Ehsanpur Kot Addu area.

As a result, three persons sustained serious injuries from which condition of two injured said to be critical.

The injured were shifted to Tehsil Headquarters hospital Kot Addu.

The locals said that the accident took place due to over speeding.