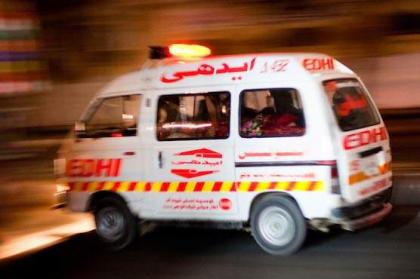 MUZAFFARGARH, (Muzaffargarh.City – 20th Feb, 2021 ) :A couple along with their four-year old minor son died as their motorbike collided with a tractor trolley here at Muzaffargarh-Alipore road.

According to details, the couple was on a motorbike when it collided with the tractor trolley loaded with bricks, rescuers said.

The motorbike stuck into rear part of the vehicle following over speed, it was detected.

The victims including the minor Hussain Raza and his mother Shakira Bibi died on the spot while his fater named Safdar Shah (54) was shifted to a nearby hospital in critical condition by rescuers where he succumbed to injuries.

Another 19 Die Of Coronavirus In Punjab