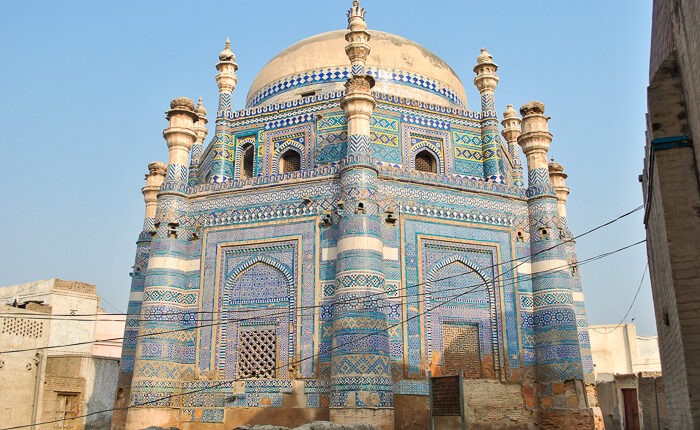 Sitpur likely means the “City of Sita,” possibly a reference either to queen Sita Rani (an early local ruler) or one of the heroines of the Ramayana epic, though the exact etymology is uncertain. In the mid-15th century, the city and its surrounding lands were deeded as a jagir (fief) to Islam Khan Lodhi, a relative of Bahlul Khan Lodhi (r. 1451-89), the founder of the Lodhi dynasty in Delhi. In subsequent years, three of Islam Khan’s grandchildren—Islam Khan (who took the same name), Qasim Khan, and Tahir Khan—fought each other for control of their inheritance. Amid the infighting, Tahir Khan managed to solidify control of the city of Alipur and the adjacent lands, investing the nearby city of Sitpur and converting it into his capital. From that seat of power, his descendants continued to rule outright for at least 250 years; pretenders to the throne even today can trace their ancestry back some thirty generations to the era of Tahir Khan.

Tahir Khan Nahar was known by the epithet Sakhi, meaning “the generous” or “the liberal,” but this may have been a darkly ironic designation as the very term for their dynasty, the Nahar, means “The rapacious ones,” suggesting they were more concerned with spoil and treasure than the welfare of their people. For example, in the Muzaffargarh District Gazetteer from 1929, compiled under British rule, one folktale demonstrates the disposition of the ruler:

One winter night, the jackals were howling around Sitpur. Tahir Khan, the Liberal [i.e., Sakhi], asked his wazir what made them howl. The wazir answered: “The cold.” The Nahar ordered clothes to be made for them. The next night the jackals howled again, and the Nahar asked his wazir what they were howling for. The wazir replied, “They are invoking blessings on you for your liberality.” (p. 24).

This is perhaps to demonstrate the foolishness of the Nahar ruler in providing clothing liberally for the jackals—but not for his freezing subjects—while listening to his advisors’ flattery. However, caution must be counseled as there is no historical basis to round out the full picture of Tahir Khan’s era, other than that the physical evidence suggests that apart from his own monumental tomb, the ruler and his descendants had not the means (if not the motivation) to engage in other building activities for the benefit of their realm, such as the construction of canals or other public works. Tahir Khan probably died around 1530 or thereabouts, and his tomb was either ready by that time or completed shortly thereafter.

The mausoleum of Tahir Khan Nahar stands in central Sitpur (Seetpur), a town in southern Punjab near the confluence of the Indus and Chenab rivers. The monument is architecturally significant in part as it exemplifies the continuing influence of the Rukn-e-Alam mausoleum, a monument from two centuries prior that remained a powerful inspiration for Islamic tomb design in the Punjab for many hundreds of years.