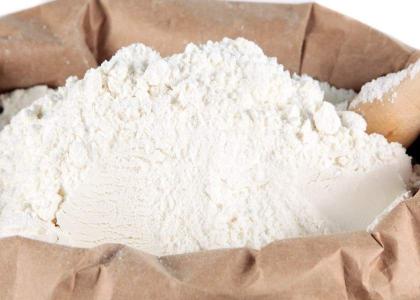 MUZAFFARGARH, (Muzaffargarh.City- 8th Feb, 2021 ) :Taking advantage of shortage of flour, grinding mills owners were fleecing masses of their hard earned money by selling it on high rates in Karam dad Qureshi in Muzaffargarh.

Chakki ( grinding mill) flour was available at Rs 2800 per mound in the area which has made it difficult to poor people to buy.

Residents of Karam Dad Qureshi including Zafar Hussain, Nadeem Khan, Molazim Khan, Malik Wahid Buksh, Mehar Rafiq and others told APP on Monday claimed that flour was also not available at Utility Stores for some days and they were forced to buy it from grinding mills.

They informed that district administration had fixed five units at area shops with ten bags each for flour which they claimed was not sufficient for demands of the local population.

They demanded of rising number of the bags to 30 each for fixed points to meet the requirement of the residents of the area.

The Chakki owners were selling ata at Rs 2800 per mound, they said and added that they appeal to district admin to pay attention to this serious issue.

When contacted an official of Utility Stores Corporation informed that shortage of flour was caused due to supply of wheat.

The problem was in the notice of USC high ups, he said adding that it would be sorted out soon.