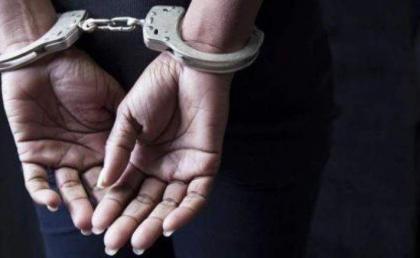 MUZAFFARGARH, (Muzaffargarh.City – 11th Apr, 2022 ) :Muzaffargarh police claimed to have arrested seven accused in an operation and recovered a man, found confined in chains, thirteen days after he was kidnapped for ransom from Khangarh.

Senior Superintendent of Police (SSP) Investigations Ziaullah Khan told the media persons that a citizen Ehsanullah was kidnapped from Khangarh on Mar 28, 2022, during morning walk, and an FIR was registered with PS Khangarh on the report of his son Saad Ahmad Khan.

Kidnappers later demanded Rs 20,000 for treatment from son’s ailing father. The money was sent to a mobile phone account. On March 31, kidnappers demanded Rs 5 million ransom for release of their father, however, the family successfully convinced them to settle at Rs 2 million.

SSP Investigations said that the information was conveyed to DPO Tariq Wilayat and a team led by him and comprising DSP Sadar Circle Muhammad Rizwan, SHO Malik Younis, and Incharge CIA Staff Mureed Hussain was formed.

The team successfully arrested four accused red handed while receiving Rs 2 million ransom amount. Those arrested included Abid Waqas, Tahir Shah, Waheed and Yameen. The accused then led the police to a private residence near Ganesh Wah canal and freed Ehsanullah from chains he was tied in.

Three more accused including Mehran, Usman and Sajawal were arrested from the spot with illegal weapons and several unregistered Suibcribers Identification Modules (SIMs). Accused would be produced before a special court, police said.