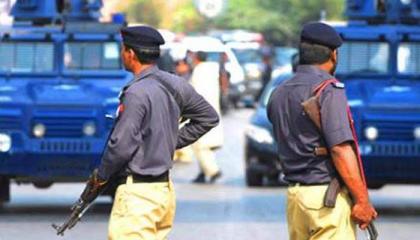 MUZAFFARGARH, (Muzaffargarh.City – 23rd Feb, 2021 ) :In a dramatic turn of events, an assistant sub inspector (ASI) of Muzaffargarh police who had disappeared mysteriously and presumed kidnapped during performance of duty in Sindh, reported back to office here Tuesday prompting DPO Hassan Iqbal to order an inquiry.

Muzaffargarh police spokesman said that DSP headquarters Sadullah has been assigned the inquiry to ascertain whether the police officer had disappeared willingly or something else had happened to him. The ASI has been sent to police lines and further legal action would be taken on the basis of the inquiry report.

The disappearance of police officer of Rohillanwali police station Zafar Hussain had caused anxiety among his family members and throughout Muzaffargarh police department after he stated in his last call on Feb 17 that his life was in danger.

He had gone to Sindh to arrest some accused of a kidnapping for ransom case, however, his cell phone was found off after the last call dated Feb 17.

DPO Hassan Iqbal had to send a police team to Sindh to locate him and remained in contact with his family to console them and had promised them his safe recovery.

However, every body was taken aback to see him returned on his own Tuesday. DPO has ordered inquiry and sent the ASI to police lines.